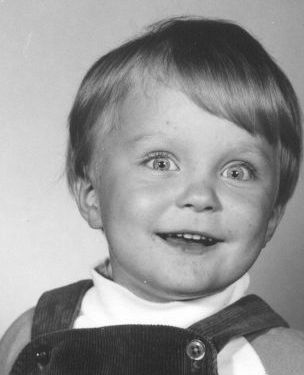 The current Master of the Karhunmäki Headquarters, the Male Bear, was born with the honorable citizenship of Kontiolahti in 1981. His first touch of the city of Joensuu was at his birth, which took place at Tikkamäki – the highest ground of Joensuu. This dichotomic pull between Kontiolahti and Joensuu has been prevalent in the Male Bear's life ever since.

The Male Bear grew up in the picturesque village of Romo in Kontiolahti. He received his elementary education at the Kontiolahti campus, where he ate the food of the same industrial grade kitchen for 12 years and where the school always started at 9 am. What he especially learned during those year was the exquisite Kontiolahti dialect and proverbs.

The Male Bear has only rarely been away from his native region. The first time he roamed away from the Kontiolahti area was during his exciting test of manhood in ViestiR. Upon his return to his native region the Male Bear furthered his education in the International University of Joensuu, learning fast methods of dividing people and things into groups.

Despite his love for his native region the young buck's mind became restless and he roamed far away – to the pulse of the metropolis. The Male Bear enjoyed his life to the fullest following the wisdom of the old adage "Fast vehicles, fast females, fast algorithms – what more could a male bear want?". Yet still, the young buck's heart remained restless as he yearned for something else.

One day, as a stroke of sheer luck, the Male Bear started transmitting signals with a female bear whom he felt natural cohesion to. What started as casual encounters soon evolved into a deep, most romantic relationship. Furthermore, as an incredible coincidence, the Female Bear shared the Male Bear's longing for the childhood territory – the Joensuu area.

Once again the Male Bear encountered the excruciating dichotomic pull – where would he settle? In Joensuu or in Kontiolahti? Fortunately the faith stepped in. The Karhunmäki (Bear's Hill in English) area had recently been established to Joensuu – a perfect habitat for the Male Bear. Karhunmäki is a wonderful combination offering both the harmony of the countryside and the random pulses of the city – just what the Male Bear needs.

The Male Bear found a home lair from Karhunmäki for his brood including the Female Bear and two Bear Cubs. Although the Male Bear is now living, in Kontiolahti terms, in a row house he now has his very own lair for his diverse activities. The Male Bear likes to engage in manly activies around his lair, especially those including motorized vehicles or unnecessarily complicated technical solutions. 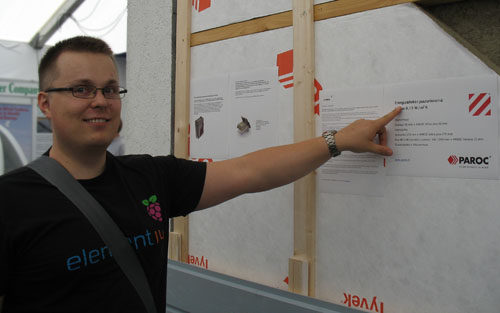 Robin had an unforgettable opportunity to perform for the young Karhunmäki generation!

The Weather Prediction in Karhunmäki

Karhunmäki is known for the Extreme Weather Conditions #1

Karhunmäki is known for the Extreme Weather Conditions #2

Route from Karhunmäki HQ to Science Park by a Motorized Vehicle

The Famous Delicacies from Karhunmäki

Real and Fluffy Bears in Karhunmäki

Karhunmäki will get it's very own Sports Stadium

Karhunmäki Campus (see also) was on time and according to what was planned!